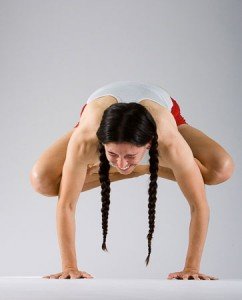 I grew up a very intense athlete. I played the Junior USTA tennis circuit in high school, later trained for the Race Across America (bike riding 100 miles a day), and worked out like a fiend (three hours a day) all through my 20s.

One day I was walking around my apartment, ran into my CD cabinet, and broke my pinky toe. I think if most people were asked what one part of their body they need the least, they would say pinky toe. Well, for me, it meant that I couldn’t walk on it or put a shoe on it, much less run the stairs, spin, play tennis or any other activity that I was obsessed with doing every day of my life up until that point.

As it was healing, still too tough to put in a shoe, but gaining usability, I remembered that there was a guy at the gym who, for years, told me that I had to try this yoga class in Santa Monica on Sunday mornings. And for years I told him, "Yoga? Yeah, right." Well…it was time to try yoga.

I dragged my sister and close friend over to Bryan Kest’s Sunday morning class in hopes of moving something around a little bit, maybe getting a little exercise in. And, boy, was I in for the surprise of my life. My whole life changed that day.

Turns out that yoga was everything I ever needed: mind, body, spirit, intensity in a way I never got at the gym. From the first day I walked into class, I knew that this was it. This was right before the 9-11 tragedy in 2001 and I guess you could say yoga found me just as I needed it.

Up until that point, I worked in the real world. Started at ICM, moved on into screenplay development, went from there to work for Microsoft and then helped build a number of Internet companies. When I discovered Bryan, I was also getting my MBA at UCLA.

Within weeks of starting yoga, I began ditching work and school to get to yoga classes. I couldn’t get enough. One day I told Bryan that all I wanted to do was yoga all day, and he replied "Well, why don’t you?"

Why don’t I? But I’m in Business School. I have an Ivy League undergraduate degree. I earn good money. What am I supposed to do? Drop everything and become a yoga instructor??!?!?!
Yes.

That day my wheels started spinning. And a few months later, I withdrew from UCLA, left my job, and put out my new shingle: Shana Meyerson, Yoga Instructor. I didn't know if I'd ever earn another dollar, but something was calling me.

It was a tremendous leap of faith for me. Leaving Business School was harder for me than getting in. I am not from among the quitters in this world, to say the least. But I did what I felt I needed to do. Up until the day I healed my broken my pinky toe, I’d have told you the last thing on earth I could ever see myself doing would be teaching yoga. Now I do it and love it with every ounce of my being.

You will see my passion for the practice--and for children--when you work with me. Your children will learn, grow, and evolve. That’s what yoga does. It changes lives. And I would be honored to help change your child's life for the better. 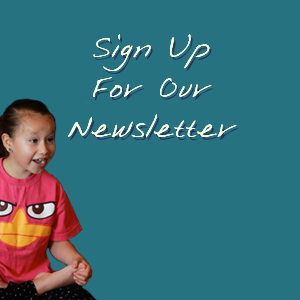